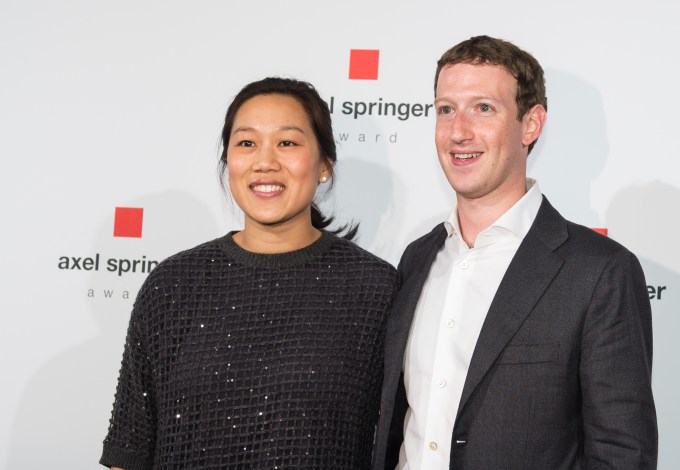 Welcome back to Human Capital. In this week’s edition of HC, you’ll read about the latest labor struggles at Amazon and the Chan Zuckerberg Initiative, President-Elect Joe Biden’s promises to gig workers, a primary care network for Black people and people of color and more. Lastly, I pulled out some nuggets from DoorDash’s S-1 that are relevant to DEI and labor.

If you want this as an email newsletter every Friday at 1 p.m. PT, be sure to sign up here.

“I was a loyal worker and gave my all to Amazon until I was unceremoniously terminated and tossed aside like yesterday’s trash because I insisted that Amazon protect its dedicated workers from COVID-19,” Smalls said in a statement. “I just wanted Amazon to provide basic protective gear to the workers and sanitize the workplace.”

Center for Black Innovation gets $2.1 million

The Knight Foundation, Surdna Foundation and Comcast NBCUNiversal put $2.1 million into the Center for Black Innovation. The plan is to support Black entrepreneurs and increase the number of Black founders in Miami and throughout the U.S. The money will go toward investor education, facilitating matchmaking sessions between founders and investors, offering courses to founders and more.

BERLIN, GERMANY – FEBRUARY 25: (r-l) Mark Zuckerberg, CEO and founder of the social media platform Facebook, and his wife Priscilla Chan pose for a photo before the Axel-Springer-Award on February 25, 2016 in Berlin. Mark Zuckerberg got this first time awarding price for special innovations. (Photo by Florian Gaertner/Photothek via Getty Images)

Ray Holgado, a former employee of the Chan Zuckerberg Initiative, recently filed a racial discrimination complaint with the California Department of Fair Employment and Housing. Holgado, who is Black, worked at CZI from September 2018 through August 2020.

“Despite its social justice rhetoric, CZI is not a welcoming environment for Black employees,” Holgado’s complaint states. “Black employees are underpaid, undervalued, denied growth opportunities, and marginalized. Black employees who want to advance within the organization are shut down and labeled as too assertive or aggressive, while non-Black employees are favored and encouraged. When Black employees have communicated these concerns to CZI leadership, CZI has responded defensively and failed to address the underlying issues. CZI has utterly failed to ‘build a more inclusive, just, and healthy future’ for its Black employees.”

In a statement to TechCrunch, CZI denied the claims.

“While we take any allegation of discrimination seriously and will do so here, this former employee’s specific allegations were previously raised internally, independently investigated, and found to be unsubstantiated,” the spokesperson said. “The Chan Zuckerberg Initiative is committed to fair treatment, access, and advancement for all members of the CZI team. We do not tolerate discrimination of any kind, full stop.”

DoorDash says it’s committed to diversity and inclusion in its S-1, despite never having released a diversity report

At DoorDash, we are committed to growing and empowering inclusive communities in our company, our industry, and the cities we serve. We believe that a diverse and inclusive workforce is critical to helping us attract and retain the talent necessary to grow our business. We also believe we will be a more successful company if we amplify the voices of those who have not always been heard, and when everyone has ‘room at the table’ and the tools, resources, and opportunities to succeed.

DoorDash also seems to be proud of the fact that none of its 3,279 employees have unionized:

None of our employees are represented by a labor union. We have not experienced any work stoppages, and we believe that our employee relations are strong.

DoorDash, like other gig economy companies, is also gearing up to pursue Prop 22-like legislation in other states:

As such, the passage of the 2020 California ballot initiative is likely to have an adverse impact on our results of operations. In addition, several other states where we operate may be considering adopting legislation similar to the 2020 California ballot initiative, which we would expect to increase our costs related to Dashers in such jurisdictions and could also adversely impact our results of operations.

“An equitable healthcare system has never existed in America, especially for Black folks and that is the goal,” Spora Health  founder and CEO Dan Miller told TechCrunch.

Spora Health, which recently closed a $1.2 million seed round, is a primary care provider for Black people and people of color. Initially, Spora Health is taking a telemedicine approach, but eventually plans to open physical locations.

Lyft on passage of Prop 22

“As we look to the future, the win on Proposition 22 in California was a landmark achievement and a major victory for drivers, our industry and the broader Lyft community,” Lyft President John Zimmer said in Lyft’s earnings report this week. “The campaign was successful because it ultimately reflected the desires and priorities of drivers. More than 120,000 drivers signed up to be part of the effort to pass Prop 22 – they rallied, they volunteered, they shared their stories. Voters saw that and stood in solidarity with them. We look forward to continuing our conversations with policymakers across the country.”

Similar to Uber, Lyft is also looking to explore similar legislation across the country. On the earnings call, Lyft CEO Logan Green said Prop 22 provides a model for other states.

Uber and Lyft both filed a petition for rehearings in the case brought forth by California Attorney General Xavier Becerra. Last month, an appeals court upheld a lower court ruling that would force Uber and Lyft to classify their drivers as employees. But now that Proposition 22 has passed, Uber and Lyft want the court to determine if the injunction is still appropriate.

Meanwhile, Uber and Lyft will likely still face lawsuits over worker classification in California since the recently-passed proposition can not be applied retroactively. According to Bloomberg Law, those legal options, however, will be limited and damages will be capped.

In a joint statement, the Human Rights Watch and Amnesty International called Prop 22 a “devastating blow to the rights” of gig workers.

No worker should face exploitative or otherwise abusive work conditions, but many app-based workers do. We urge app-based companies to bring their wage and labor policies and practices in line with international human and labor rights standards. We urge the government of California to explore other legal avenues for holding companies accountable for respecting workers’ rights. Finally, we urge the United States Congress and the United States Department of Labor to protect the rights of app-based workers, such as through legislative and regulatory action that helps ensure a living wage, paid sick and family leave, and workers’ compensation for illness and injury. 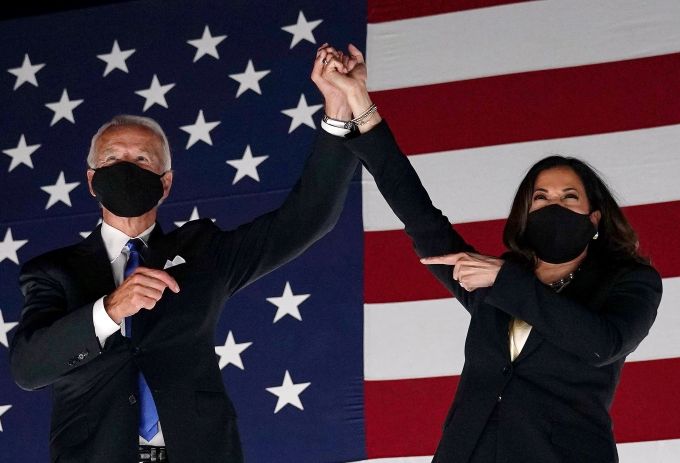 “This epidemic of misclassification is made possible by ambiguous legal tests that give too much discretion to employers, too little protection to workers, and too little direction to government agencies and courts,” the site states.

Moving forward, Biden says he will work with Congress to create a federal standard that is modeled on the ABC test. Whether Biden follows through with that promise, however, has yet to be seen.

You can read more about how gig workers feel about the upcoming Biden administration as it relates to labor over on Vice. 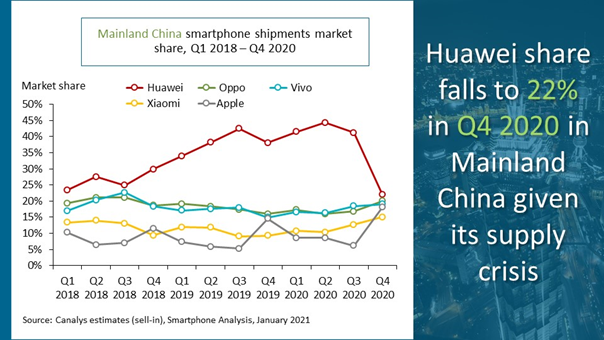 How does technology help you adapt to change? Rytel on Utah Success Stories – ABC 4 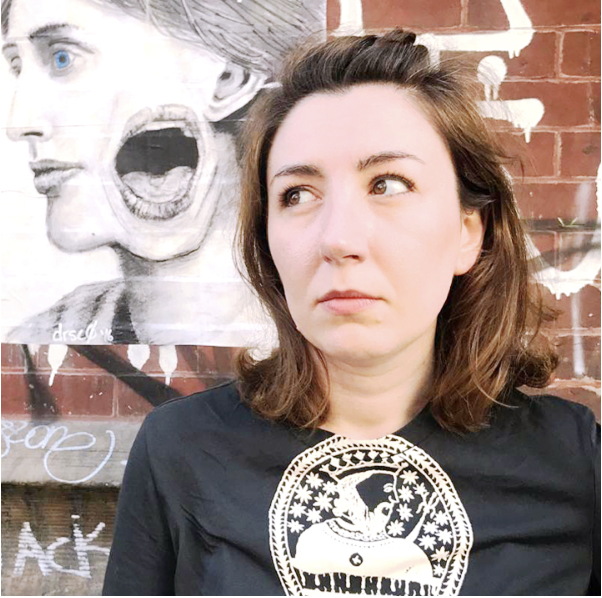