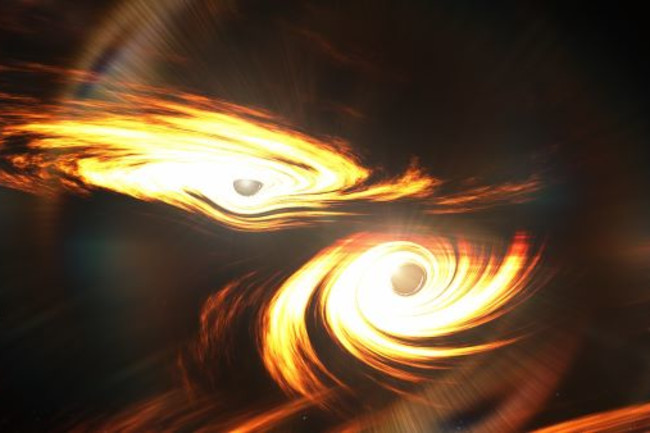 Thanks to LIGO and Virgo detectors, scientists have finally heard the 7-billion-year-old ‘bang’ from the creation of an intermediate-mass black hole.

Within five years of detecting the first gravitational waves, LIGO and Virgo scientists have yet again helped advance our understanding of the cosmos.

On May 21, 2019, researchers identified a unique set of gravitational waves, or ripples in the fabric of space-time, that they haven’t seen before. For one, the waves came from halfway across the universe, or about 7 billion light-years away, making it the most distant gravitational-wave signal ever detected.

The observations and further details of the discovery were published September 2 in Physical Review Letters, while an analysis of the signal and its implications were published the same day in The Astrophysical Journal Letters.

The Bay Area Just Turned Orange. All Eyes Are on PurpleAir

The 943-Dimensional Chess of a Trustworthy Covid-19 Vaccine

How Fast Can Scientists Find the New Coronavirus Strains?

What Does It Mean If a Vaccine Is ‘Successful’?